IT The Movie - Pennywise Costumes

As one of the scariest slasher movie monsters around, Pennywise the Clown was created by the master of the horror genre Stephen King and was brought so effectively to life by Tim Curry as the painted, leering face of the 1990's blockbuster movie. The story of IT the Movie, for those who don't know or who have chosen to try and forget it to rid themselves of the nightmares is this: A group of kids form a club called the Losers Club and they encounter a creature called "IT" which preys on children and who has a favourite manifestation in the form of the sadistic clown called Pennywise. Shoot forward in time and the creature resurfaces and the members of the Losers Club, now adults, are called upon to regroup to fight the evil again even though they have no memory of their firt encounter.  At Karnival Costumes we love the work of Stephen King and we're happy to have a small collection of Pennywise costumes and Horror Klown themed accessories and props, including our animated Circus Zombie Clown.
Add to wishlistADD TO YOUR BASKET 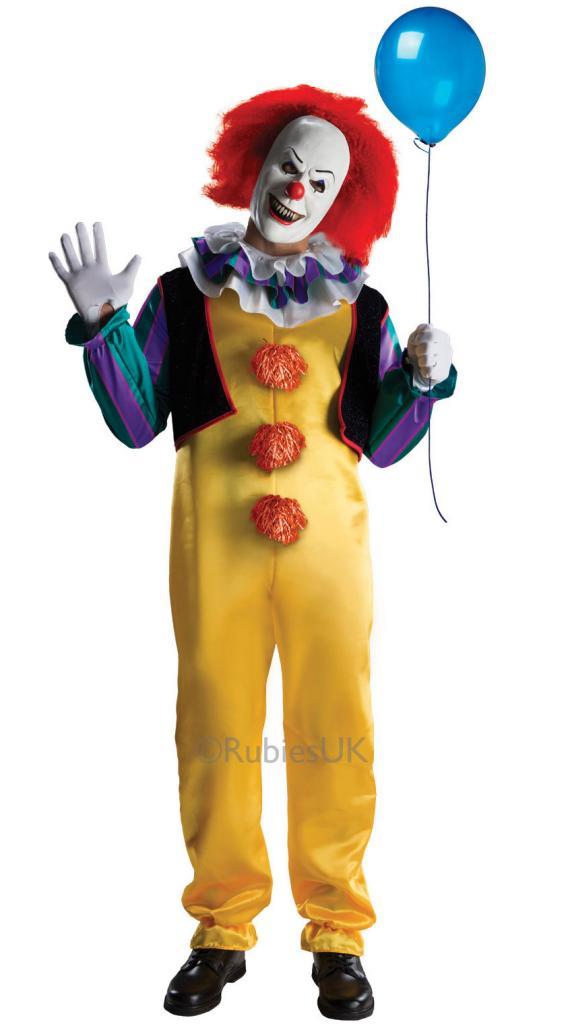 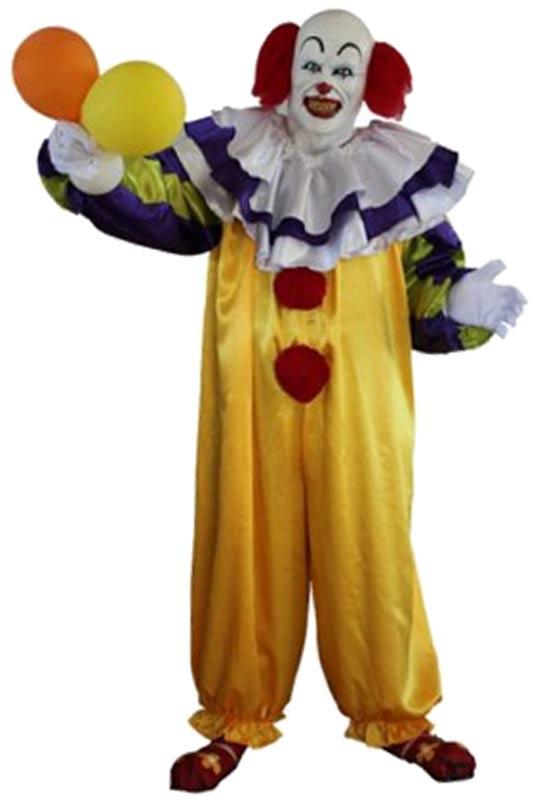 Deluxe Pennywise Fancy Dress Costume Contents: Jumpsuit and Mask From our collection of Halloween costumes which are based on horror or slasher ... view details
£89.95
View details
Add to wishlistADD TO YOUR BASKET 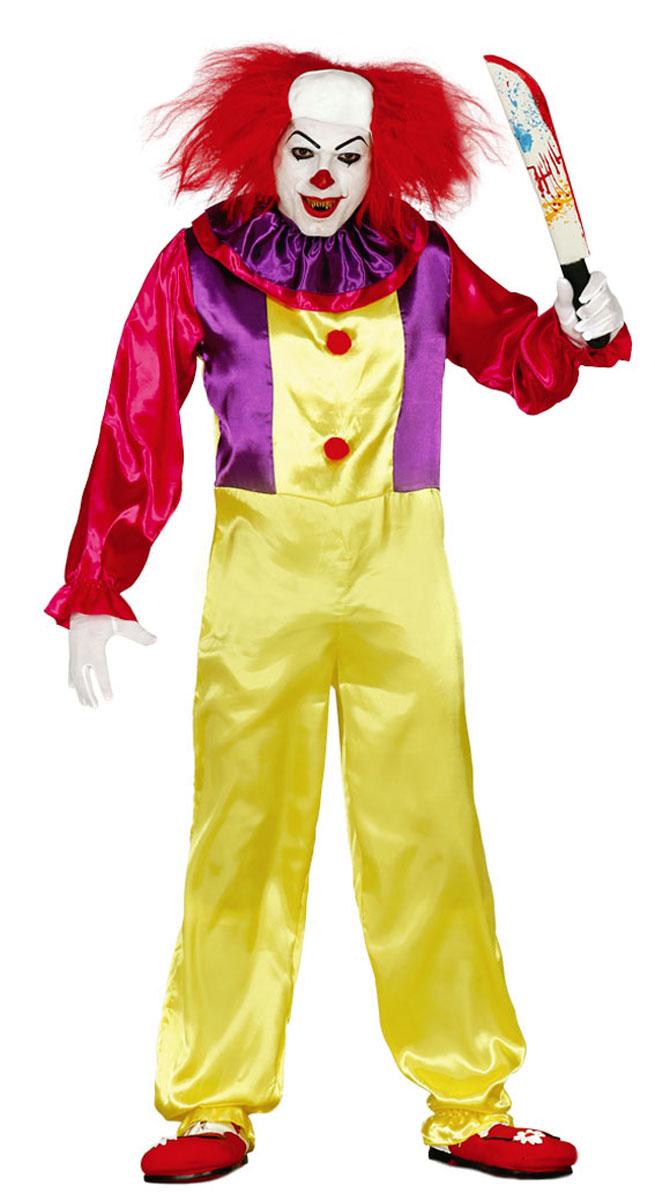 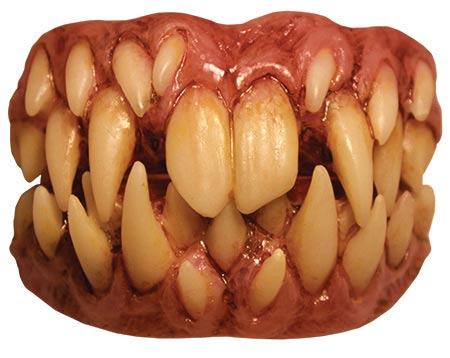 IT Pennywise Fang Teeth - Upper &amp; LowerNot for the faint hearted, this is a full set of upper and lower custom fit, official, IT Pennywise teeth a... view details
£21.95
View details
Add to wishlistADD TO YOUR BASKET 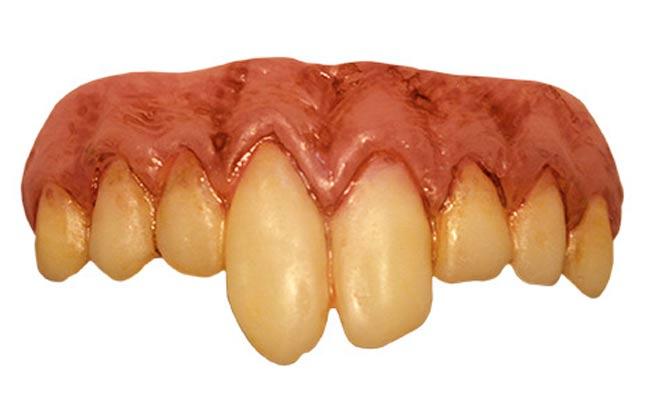 IT Pennywise Teeth - UpperFrom the design studios at Trick or Treat in America, these are our IT Pennywise Rabbit Teeth. The uppers only, these are th... view details
£10.95
View details
Add to wishlistADD TO YOUR BASKET 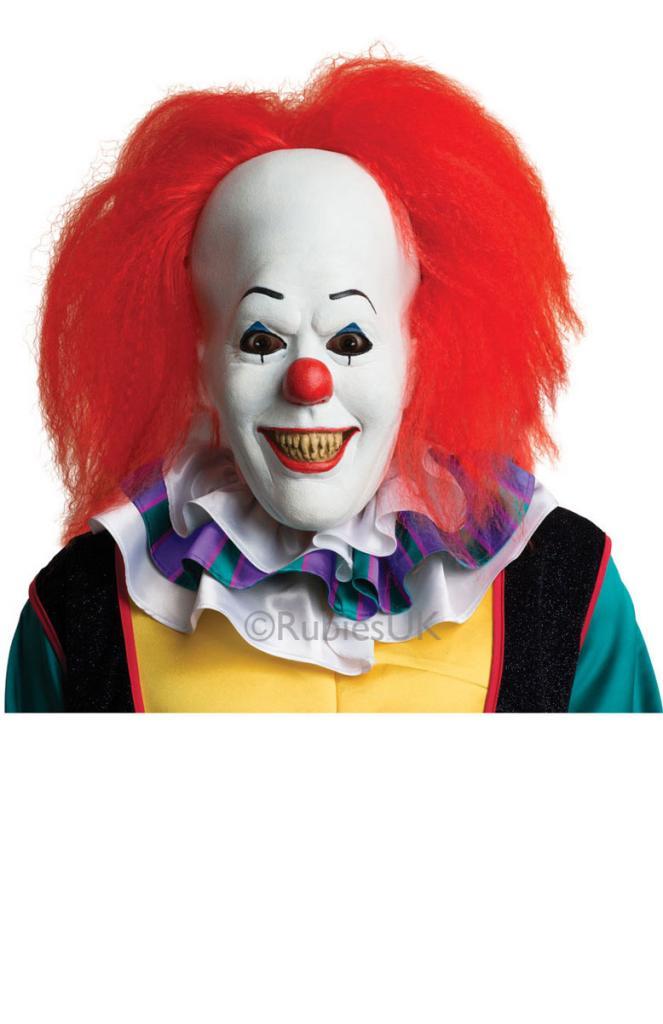 Pennywise Mask From our extensive collection of horror clown masks and based on the character from IT the Movie, this is our full overhead latex Pe... view details
£38.95
View details