The Playboy Bunny is probably one of the most iconic symbols and the original was designed by art paul, the magazine's first art director and the rabbit head log has appeared on the cover of every issue of the magazine since the second was published.  From the original design, a shrewd marketing strategy had transformed the bunny icon from a dopey adolescent idea of rabbits liking lots of sex - to an immediately recogniaable symbol of sophistication and style which was so well known that in 1959 a reader in New York was able to send a letter to the magazine using just the rabbit head logo.
From the original magazine, the Playboy organisation has diversified and as part of this diversification we are proud to have a range of costumes which carry the Playboy brand logo and as you would imagine these are sexy costumes, although they are not crude.  Perfect for Halloween and other occasions including, as you would expect a number of Playboy costumes that you would expect Hef to be wearing and many others you'd see in the Playboy Mansion.
.
Add to wishlistADD TO YOUR BASKET

Playboy Sexy Witch Costume Contents: Dress, Hat and Stockings From the deluxe range of Playboy designed costumes this is our pretty, as well as, as ... view details
£42.95
View details
Add to wishlistADD TO YOUR BASKET

Playboy Sparkle Witch Costume Contents: Dress with Attached Garters, Hat and Stockings From the deluxe range of Playboy designed costumes this is ou... view details
£42.95
View details
Add to wishlistADD TO YOUR BASKET 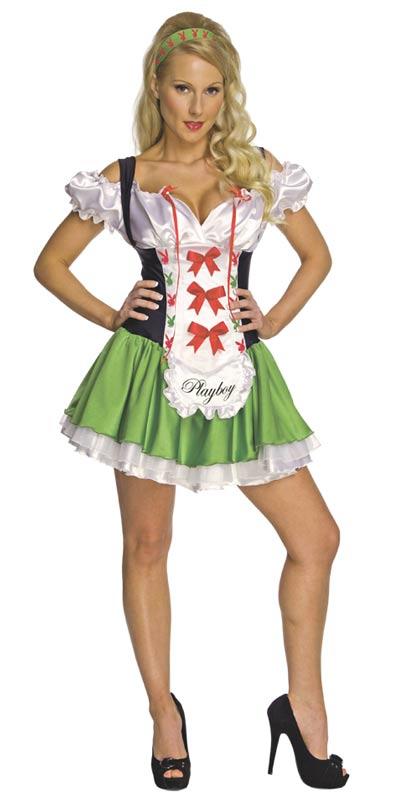