Nearly destroyed by the evil of the city our hero cop is rebuilt beyond the mortal shell to become as strong and rugged as a bulldozer wearing a bulletproof vest.  Robocop. at Karnival Costumes we never pass up the opportunity to tip a nod to the mavericks and vigilantes who made both TV and Cinema going so pleasurable during the late eighties and early nineties and for anyone attending either a themed Police Costume club night or even a 90s costume party, our Robocop costume is sure to be a huge hit with the other guests.
Obviously and unlike the original armoured suit that appeared in the 1987 blockbuster, this suit is not made of tempered steel and its certainly not resistant to bullets so although you will definitely look the part you won't want to act it out the part, that is other than the bit where he gets the girl! Our fully licenced outfit is made of fabric and foam block concentrated to the armor parts so don't go convincing yourself that you can do anything out of the ordinary on the way home.  But we'll bet you're tempted to walk stiffly and make lots of daft noise; oh come on we would!
Add to wishlistADD TO YOUR BASKET 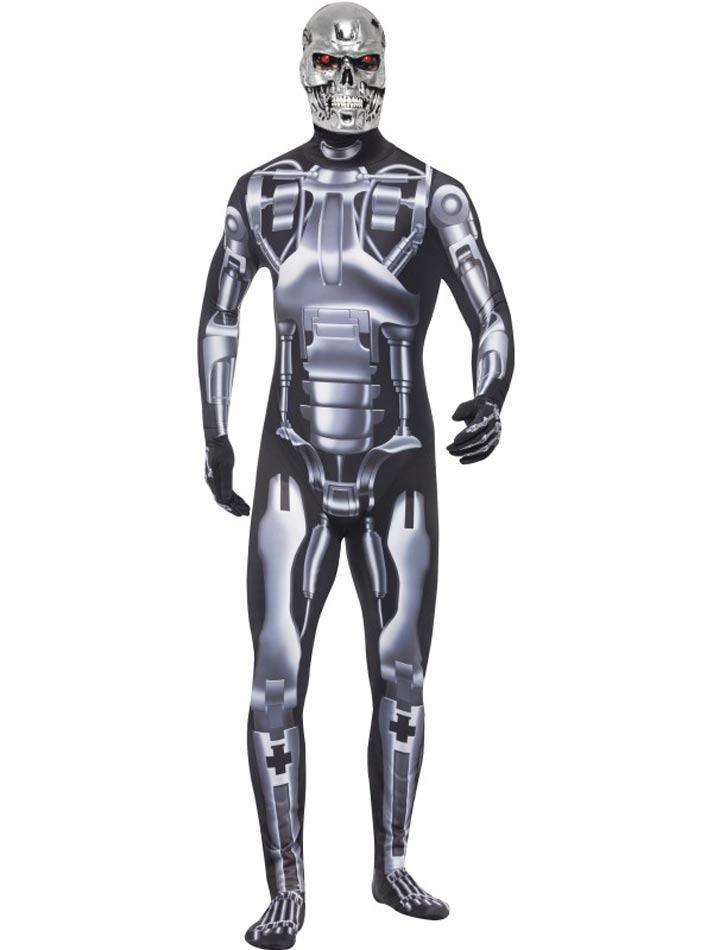 Robocop Endoskeleton CostumeContents: Bodysuit with Concealed Fly and Mask with Light Up EyesOkay, let's get the bio-mechanical issue out of the way, ... view details
£59.99
View details
Add to wishlistADD TO YOUR BASKET