The Godfather is a 1972 American crime film directed by Francis Ford Coppola and produced by Albert S. Ruddy from a screenplay by Mario Puzo and Coppola. The movie, which many state is the best of all time, is based on Puzo's novel of the same name and the film starred Marlon Brando and Al Pacino as the leaders of a powerful New York crime family. The story, spanning the years 1945 to 1955, centers on the ascension of Michael Corleone from reluctant family outsider to ruthless Mafia boss while also chronicling the Corleone family under the patriarch Vito Corleone - The Godfather. A fantastic theme for a party, this allows you to wear almost any Gangster Costume or suitable historical fancy dress.
At Karnival Costumes we have the fully licenced Godfather costume which comes complete with a white shirt riddled with bullet holes and blood splats and it comes complete with a stylised wig which perfectly completes the look. So if you fancy being Don at the head of the family then our Godfather costume will be perfect and don't forget to take a look through our entire range of Gangster costumes and fancy dress accessories if being number one isn't for you. 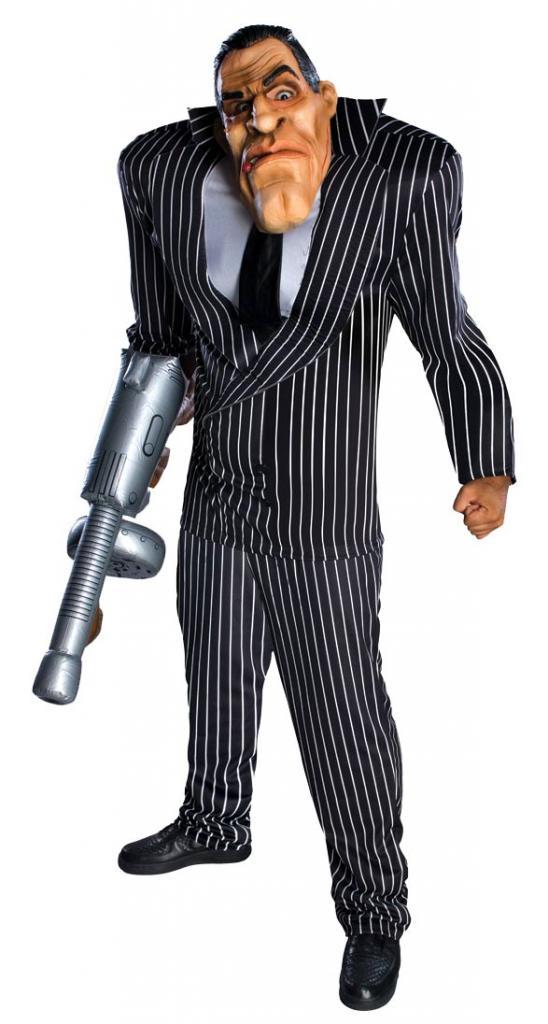 Big Bruiser Gangster Costume Contents: Suit Jacket with Shirt Front and Tie, Trousers, Inflatable Shoulder Harness and Mask This is an unusual a... view details
£39.95
View details
Add to wishlistADD TO YOUR BASKET 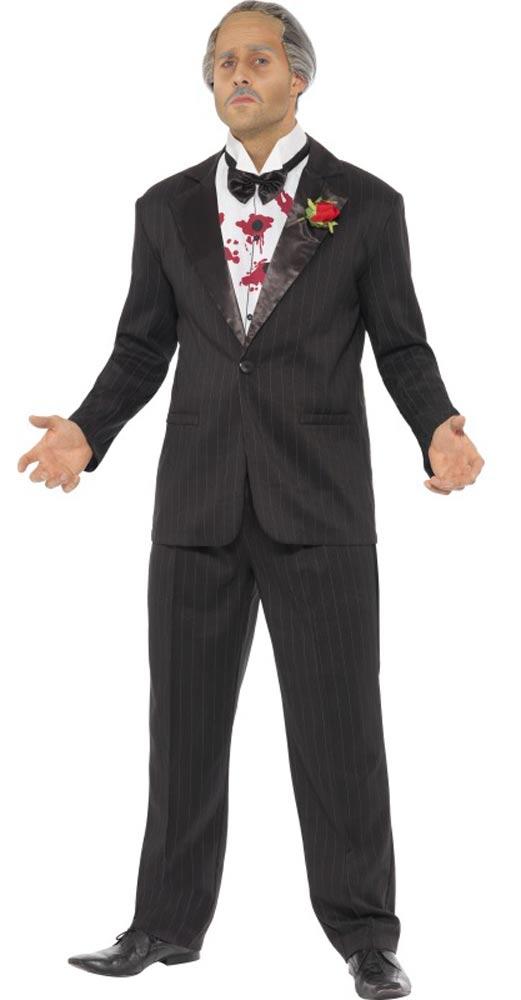