"Wayne's World" was originally a recurring sketch from the NBC television series Saturday Night Live. It evolved from a segment titled "Wayne's Power Minute" on the series It's Only Rock & Roll. The Saturday Night Live sketch spawned a hit 1992 film, its 1993 sequel, and several catchphrases which have since entered the pop-culture lexicon. The sketch centered on a local public-access television program in Aurora, Illinois, hosted by Wayne Campbell an enthusiastic and sardonic long-haired metalhead, and his timid and sometimes high-strung, yet equally metal-loving sidekick and best friend, Garth. Here at Karnival Costumes online party shop, we're proud to add the We're Not Worthy costume to our range. 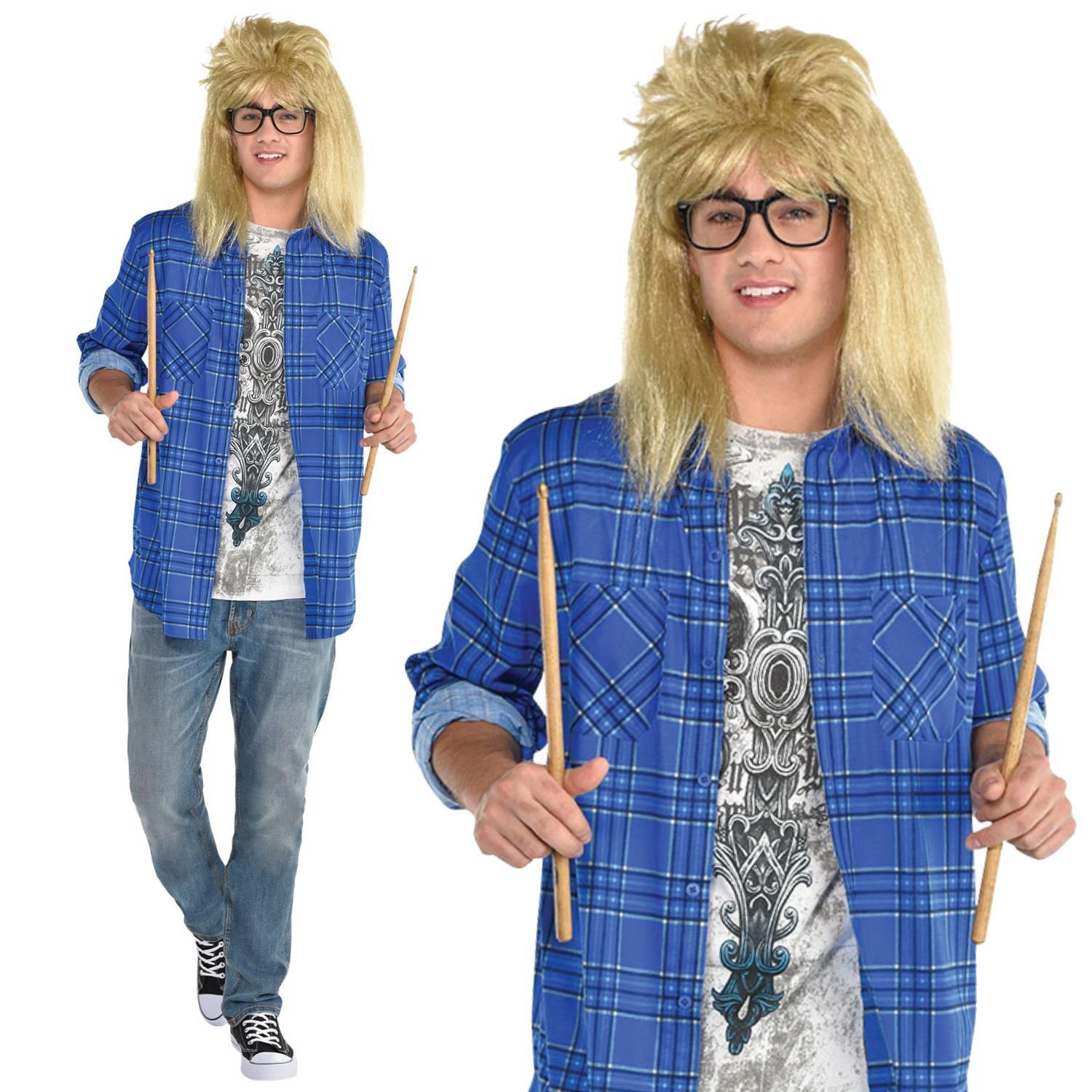